This is a big one. Not eating enough food is one of the leading causes of problem eating.

This is because thousands of us under eat on a daily basis – and, as sad as that is, a lot of us do it on purpose.

In an effort to restrict our food intake, we skip breakfast.
Then we have a light lunch and do our very best to avoid snacking throughout the day.

Once evening comes, we’re absolutely famished. This is when our bodies usually give in to our natural cravings and we suddenly find ourselves eating everything that we can get our hands on.

This is simply how our bodies work. They need food to survive and they fight us when we try to deprive them of nutrition.

Restrictive diets just don’t work. It’s a fact. They lead to weight gain and episodes of binge eating. When food is restricted throughout the day, bingeing becomes much more frequent. And the stricter this food restriction is, the stronger the binge urges grow in response.

These urges are biological. It’s how our bodies react to prolonged hunger.

It’s an instinctive response and has nothing to do with our psychological state.

If the healthiest, happiest person on the planet restricted their food intake, they would make themselves susceptible to powerful binge urges too.

Learn more about how diets can lead to eating disorders.

Even minor undereating over a period of a few days can lead to bingeing. It’s no surprise then that weeks or months of intense dieting frequently result in serious eating issues. 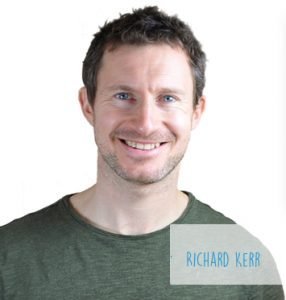 The solution is to stop restricting your food!

You need to eat enough food to satisfy your biological requirements.

Now you’re probably wondering how much food the average person requires to get them through the day. Most guidelines state that the number of calories that a person should consume daily is 2,000.

However, it turns out that it isn’t that simple after all.

In 1993, the US Food and Drug Administration (FDA) was originally going to state that the recommended number of daily calories for one person was 2,350. However, its officials then decided that this number was too cumbersome.

To make things simpler, a recommendation of 2,000 calories was adopted instead. That’s 350 calories, or one whole meal, less than the original calculation!

Recent research suggests that the original number was an underestimation as well.

Modern experiments have revealed that both women and men (who are moderately active and within a healthy weight range) expend around 2400 and 3050 calories per day respectively.

That’s a huge difference compared to the number that the FDA, along with so many others, is using!

The truth is that numerous factors affect the amount of food that your body requires.

These factors include age, height, weight, activity level, metabolic health and several others.

As a result, it’s nearly impossible to calculate how many calories you will digest, absorb and use up during the day.

The best way to ensure that you’re eating enough is learning to listen to the natural signals that your body is sending you. And for these signals to get through to you, you first have to stop restricting your food intake.

I know that this might come as a bit of a shock, but it’s impossible to stop bingeing if you’re eating 1,500 calories a day when your body requires more than 2,000 calories. Yes, impossible! Personally, I don’t go under 2,200 calories. I’m a relatively active female, so this amount suits my needs perfectly. However, it’s important to understand that everyone is different. You may need to adjust this number to meet your personal requirements.

One study has revolutionised the way we look at food restriction and its effect on humans. It’s called the Minnesota Starvation Experiment.

The Minnesota Starvation Experiment took place in 1944. Its participants were put on a diet of 1,600 calories per day for 6 months. Over time, they began to suffer from various psychological side effects, such as anxiety, food obsession and depression.

Even more important to us is the fact that once the experiment had ended, some of its participants found themselves bingeing on more than five thousand calories a day.

Long-term restriction resulted in cravings that didn’t go away even when the stomachs of the experiment’s subjects were absolutely stuffed!

This is where it all began for us – the Minnesota Starvation Study. It blew our minds when we first read it. It was the first experiment which proved that there is a HUGE physical element in disordered eating. It’s definitely worth reading in full. Here is a link to the study.

With results like that, it couldn’t be clearer that restricting one’s food intake really does lead to intense cravings, frequent overeating and other forms of problem eating.

"If you held your breath for a minute, you’d feel a massive urge to breathe. If you didn’t drink any liquids for a day, you’d obsess over water. Why would it be any different if you didn’t eat enough food?."

“I just wanted to assure your readers of something: I was at a healthy BMI, and eating regularly, but still restricting at about 1400-1500 calories a day. My weight had plateaued – I was in starvation mode. I had lanugo and malnutrition ridges in my nails. I had no energy and was constantly miserable. Then I upped my intake.

Even though I had no weight to gain, I started eating 2500+ calories. After just a week of eating this way, my period came back, my nails started growing normally… I had so much energy!!!

I was truly happy. I gained a little initially, but that’s all coming off again now. I’m eating plenty, and healthily – but still having treats like custard and chocolate and pizza, some every day. I’m conquering fear foods, and I’m just so much happier. I’m not in quasi anymore. I’m really recovering. And you can do it to! You’re not a unicorn. EAT.”

If you’re still experiencing powerful binge urges, it might also be a sign that you’re not eating enough. Spend more time making sure that your calorie intake satisfies your biological needs.